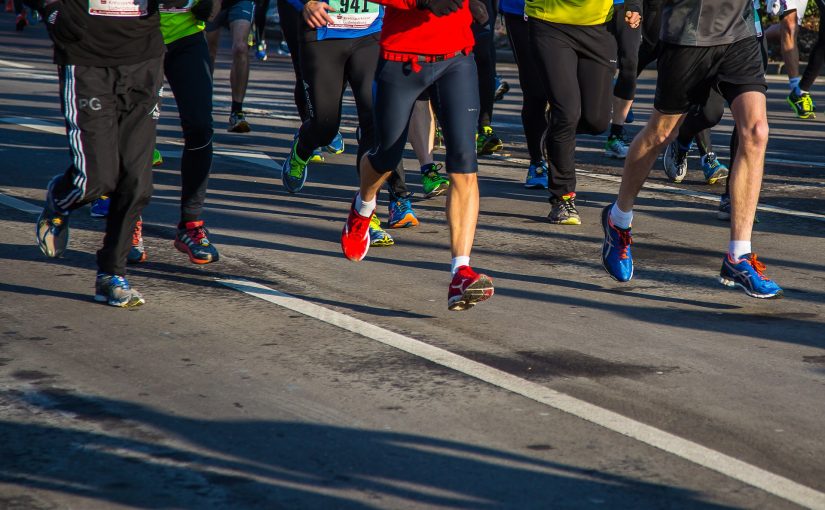 One thing that we stress at the Luminous Group is that the FMEA is a way of thinking about risk.  It is not a form with rows and columns.  It is all about identifying risk early and taking steps to prevent or detect that risk so it doesn’t turn into a failure.

In my life outside of work (yes, I have one of those!!!) I have taken up extreme long-distance running.  The sport is referred to as ultramarathons, and it is any race longer than a traditional marathon of 26.2 miles.  I set my goal of running a 100k trail race (62 miles on dirt trails through the woods).

As I prepared, I realized I had no idea what could happen in a race of this distance.  So, I did what everyone does these days and started watching YouTube videos.  A few key “requirements” quickly became evident.  To finish the race, I had to maintain my hydration, keep up my nutrition, not get blisters and not chafe.

I will leave it to you to watch the videos, but suffice it to say you can see what happens to runners when they get dehydrated, “bonk” from lack of calories, experience wrecked feet and bleed from chafing – all images that are not for the faint of heart!  These became my “failure modes.”

Each of these failure modes had slightly different “effects.”  It might seem obvious that the effect would be not finishing the race; however, dehydration is more serious.  It can lead to a condition known as rhabdomyolysis (rhabdo for short).  This is when your muscles start to break down and the contents reach your kidneys causing lasting damage.  This was the most serious effect because it was safety related and could last a lifetime.  The next most serious is nutrition.  When you fall behind in calories you begin to hallucinate.  This can lead to tripping and falling.  Again, safety related. This left blisters and chafing which lead to discomfort, but no lasting effects.

By looking at my “effects” I was able to rate my “severity.”  This helped me decide what I would focus on first, and where I would spend money on special gear, etc.

With the possible effects defined and the severity ranked, I began to consider what would “cause” each of the “failure modes.”  Taking dehydration as an example, possible “causes” are not drinking enough, running out of water and water bottle failure.  The “failure mode” of chafing could be “caused” by poor fitting clothing, skin reaction to clothing material, moisture build up, not enough lubricant and deteriorating stride mechanics.  I went through each “failure mode” and tried to look at all the possible causes using fishbone thinking (man, material, method, machine, measurement, environment).

The next step – preventing and detecting failures and causes – was the hardest part for me because of my lack of experience.  How could I ensure the failures and causes didn’t jeopardized my race or worse –  my health?  I once again relied on the internet and consulted with the few people I knew who had run ultramarathons.  For not drinking enough “causing” dehydration, I ran the Gatorade Test to determine the amount of water I needed to consume each hour.  I then set up a plan for how much I should drink by certain mile marks based on the test.  To prevent dehydration, I bought water bottles that matched my necessary consumption for each hour.  This meant I needed to finish one bottle each hour.  I also downloaded and provided my crew team with a pamphlet on signs of dehydration so they could detect it early. Going through each “cause,” I listed ways I would “prevent” the cause and then ways that I or my team could detect the cause or the failure.

The last step of this was to test my systems. This was a “short” race to prototype all my plans.  It was a 50-mile race requiring you to run 6.4-mile loops.  The race went very well.  I finished in my goal time, and I learned a ton.  I found out you want to have a second pair of shoes to change into part-way through the race.  I also chafed in a completely unexpected place.  The vest I wore to carry my water bottles rubbed my back so much it began bleeding.  I invested in a new vest to try to fix this problem; however, it is still an on-going issue.

On the day of my big race I was relaxed and confident.  Not that it would be easy, but that I had done everything I could to set myself up for success.  I ran too fast early.  I did see stuffed polar bears with red ribbons by the side of the course (which were not there), and I fell once.  However, I finished and beat my goal time.  I ran 100K in 15:53:27.

This may not have been what they were thinking of when they came up with FMEA as a risk analysis tool, but it sure helped me reach a goal of mine!!!!